Here is a preview from my book Random Stones: A book of poetry.  Please share this with your cultured friends.  Yeah, I don't have many either. 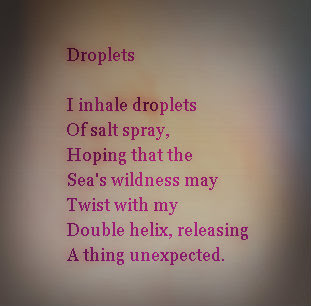 You can see a more extensive preview at the link below.  Just click "Look Inside"