Susan and Linda at Glimmer Train are asking for submissions from new writers.  They say: "We two sisters read every story ourselves, and we pay writers over $50,000 a year (almost 3/4 of that to emerging writers)."

Here is the scoop...

We’re at the mid-point of the Short Story Award for New Writers, 1st place: $2,500 and publication in Glimmer Train.Deadline: 6/30

Open only to emerging writers whose fiction has not appeared in any print publication with a circulation over 5,000.

The 1st-place winner will be published in Glimmer Train and will receive 10 copies of that issue. Second-and 3rd-place win $500/$300, respectively, or, if accepted for publication, $700. Winners and finalists will be announced in the September bulletin, and contacted directly the previous week. 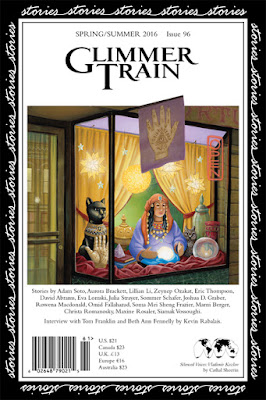