Well, it was bound to happen.

Dearly departed Allen Ginsberg doing Tai Chi in some hybrid version of Jewish-Buddhist-Gay-Poet heaven hath smiled upon me and convinced an Indian professor of English to accept one of my poems in a multi-national anthology.

Yep.  The improbabilities and interconnections in this wide world never cease to amaze me.

After inviting me to submit in October (which is rare for me), I got word from Dr. Vivekanand Jha that my poem 'Allen Does Tai Chi' was accepted "for publication in the poetry anthology, ‘Universal Oneness: An Anthology of Magnum Opus Poems from around the World’ (360 poems by 360 poets from 60 Countries) to be published by Authorspress, New Delhi, India."

Authorspress and its imprints are leading publishers in India for Scholarly and Academic Writings,
edited books, Critical Anthologies, M. Phil & PhD Thesis, Poetry, Short Fiction, Novels, etcetra with a list of renowned writers to its credit.

They are committed to introducing new and vibrant authors from all over the world.  They publish in English, Hindi as well as in all other national and regional languages. 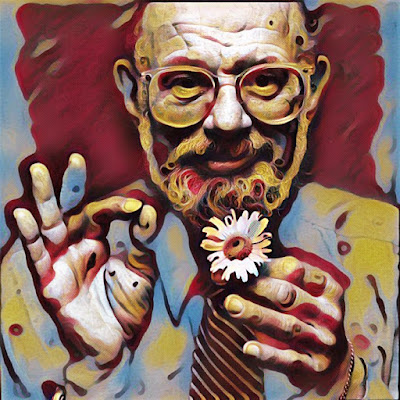