Well, it took a year, but I got it published on the Winter Solstice.  Maybe that's significant.

ATLANTA, GA – December 21, 2017 – A new book of poetry by a veteran writer aims to illuminate dark corners of the mind.

‘Roaming Outward: a book of small poems’ by Mickey Kulp contains a variety of styles including some micro-poems that started on Twitter (@mickey_kulp) and later blossomed into something more, and sometimes something unexpected.

“This new book contains a buffet of published and unpublished work, including prose poems, haiku, haibun, and rhymy-rappy-groovy things inspired by the Beat Generation,” says Kulp.  But, he warns that, “Some content is intentionally provocative and edgy.  Satire is like plutonium: it has its uses, but don’t roll around in it.”

Kulp’s creative nonfiction, fiction, and poetry have appeared  in numerous consumer magazines, newspapers, and literary journals.  His first book, ‘Random Stones: A book of poetry’, was published in 2016.  ‘Roaming Outward: a book of small poems’ is his second book of poetry. 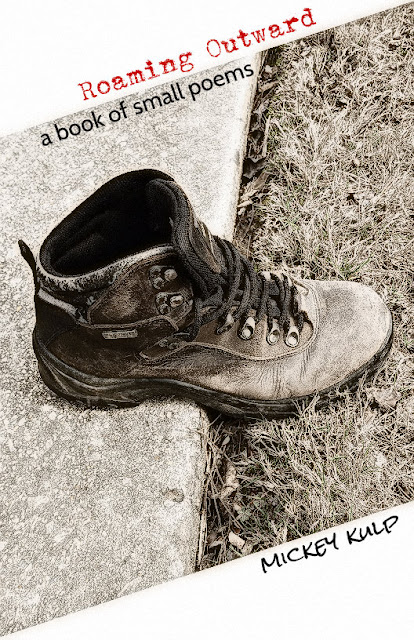