I sent this micro-satire to 'a progressive literary magazine' and they liked it, but the editor said, "by the time we used this, it would be outdated."

So, I am giving it to you for free.  Go vote, ya dirty hippie.

The stringy old man with the ragged spirit and yellow-toothed grimace paced his dusty room and scraped two pennies vigorously together as the early election results scrolled by.
The naked bulb on the chipped side table threw his crooked shadow over the dusty "Romney/Ryan ‘12" poster on the grey plaster wall as he eyed the Fox News babe-of-the-moment giving her keen insights about the future.
His old black-and-white TV (which was quite suitable, thank you, who would waste money on a fancy, frivolous color model) fuzzed out for a second, and he whacked it with a bony hand, bouncing the three matching "McCain '08"  bobbleheads that stood on top, and sending them into fits of nodding agreement.
The ceiling creaked; damned upstairs hippies.  Didn’t they know what was happening tonight?  Sounded like a marijuana party up there. Or an orgy. Wouldn’t put it past them.  Damned hippies.
The stringy man started awake with a jerk.  It was past midnight, and he had fallen asleep on the same couch where he had sat when Good Old Ronnie had saved the country and brought home the hostages.  Damned Iranians.  We needed to nuke them next.  If the right person wins.
The noise upstairs was deafening; that must have been what had roused him. He looked at the grainy TV.  It had fuzzed out again.  He jumped up, casting off his thin “Make America Great Again” blanket, his stomach in a knot, and whacked it.
The numbers were plain.  No.  It couldn’t be.  The three McCains nodded, smiling.
The hippies had threatened it for months, and they had finally done it.  Now what?
Trump: 8%
Clinton: 16%
Mickey Mouse: 76% 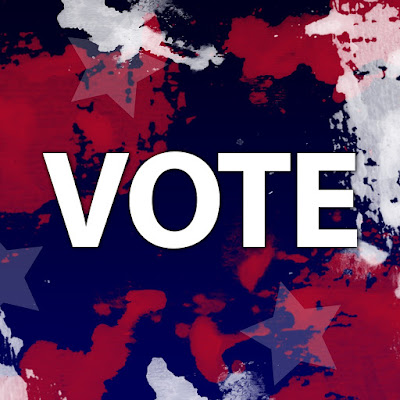