Edgar Allan Poe wrote a story about a character with monomania.  In some ways, that could apply to me.  For example, a few months ago I started digging the Beat Generation of the 1940's and 50's.  That included the writings from Allen Ginsberg and Jack Kerouac.

Indeed, Jack Kerouac somehow got into my skull in a bit of a monomaniacal way, and I really started studying his poetry.  I even went so far as to add a "RIP Kerouac" reminder on my calendar on October 21 to quietly raise a glass to honor his passing on October 21, 1969.

So, I was studying his poems and writing a few of my own in homage.  I submitted one, called "Crack a Brew" to the Literary Orphans Journal.  I even told the editors that I was intentionally emulating the 50's Beat style.

I was thrilled when they accepted my Beat poem today.  Then a chill ran on spider legs up my neck when, minutes later, my calendar popped up with my "RIP Kerouac" reminder.

On the very day that I intended to honor a lost artist, I received an acceptance of a poem written to honor his style.  Pretty cool, huh? 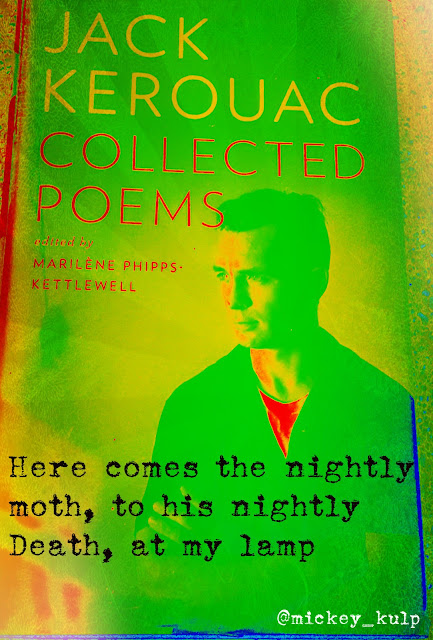