Issue #24 of Blink-Ink is devoted to the subject of magic.  And one of my 50-word stories, "The Magick," is included among the jewels.

"At Blink Ink we have two primary goals. To publish the finest in eclectic succinct short fiction, and to be inclusive of writers as well as readers."

Pick up your copy and help support the literary arts by subscribing HERE. 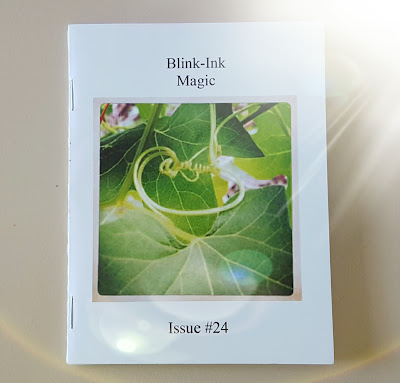